This all started out of my frustration that everything in my life never seemed to work as advertised, I was Boggled why everything was harder than it needed to be, I was Boggled that nothing ever worked together, I was Boggled that Companies and People didn’t “Get It” and I was Boggled that even my blog software was a daily dose of frustration. It was convoluted and exasperated me at every turn and it was GOOD compared to some others I had looked at. Doing a text post was easy, adding a picture to it took work. If I was a true geek none of this would have been a problem. I am not, just a guy that likes to take pictures and learn new things. Then I discovered ecto, it is an absolute joy to use. It works intuitively and quickly. I can work on or off line. I can post just a photo or I can add a photo and text to a post by clicking a single button. No more resizing and saving, no more exasperation, no more planning ahead to do a post. It works beautifully with TypePad and iPhoto. It delivers more than it promises, which is rare in anything these days. The few times I needed any help Adriaan the developer was great and willing to help. It is one of the few programs I have used that sells itself and should cost more than it does. For the first time in a long time I am not Boggled. If you use TypePad or Bloggger or a host of others, go take ecto for a spin. You will be happy that you did. Also a big Thank you to Adriaan for improving the quality of my life and for making it easier to do what I want. Finally, somebody gets it.

I have been playing with Pandora while installing Google Talk on the PowerBook and the old ThinkPad tonight. Both have been ridiculously easy to use. Pandora helps you to discover music based on the Music Genome Project. You will need to request an invitation to join from Pandora during the invitation only period. It only takes a day to get it. I have been playing with it for a few days and it has already introduced me to more good new music than I expected. Take it for a spin.

As for Google Talk you need a Gmail account to join and it is a one click install. To easy. Bummer that the VOIP only works on a PC. If you need a Gmail account email me and I will send you one. I have a ton of invites since I signed everyone in our family up with an account. Really, how many Gmail invites are a 5 and 3 1/2 year old going to send to their friends? Wait, I take the part about Dain back. He may have already sent all of his out even if he is only 5. Anyway with Google Talk, maybe Google will finally open up Gmail to the public on Wednesday and you won’t need one of mine and I can hoard them forever then. Or sell them on eBay.

It boggles me that you could ride 235.5 Kilometers and your winning margin is less than a Centimeter. It is the smallest margin in Tour history. The officials had to rely on the official timing system time sensors, that are on every bike, because the photo finish was to close for proof positive to determine the winner. Unbelievable. 146 miles and you win by less time than it takes to blink. The biggest question though is where the heck was the Discovery Team? Lance all by himself chasing down attacks. They must have decided to take the day off. Maybe it”s just a strategy to lull everybody else into thinking they don’t have it this year. Let’s hope so. Oh, by the way, that’s 1/8000 of a second.

I love that Lance is Podcasting from the road daily during the Tour. As a long time fan I was hard pressed to get any information on the Tour in the States. Coverage has come a long way from 1988 when the Denver Post ran a 2 inch column on the daily GC and you were lucky if ESPN had a weekly 30 minute recap on the Tour once a week at 2AM. If you are using iTunes 4.9 go to Advanced/Subscribe and paste the feed URL there.

Thanks to Micro Persuasion for pointing me to Lance Armstrong’s daily podcast. Also check it out, it’s worth the read.

I am Boggled by my Nikon D100. I originally bought my D100 to replace an aging Nikon Coolpix 995. The Coolpix was a great camera unless you were trying to capture an image of anything that moved. It worked great when my kids were babies but when they learned to crawl forget it. The shutter lag was enough so that you missed whatever you were trying to capture. I also had a Nikon F100 at the same time and found myself going back to it on a regular basis. After the immediacy of digital and the cost of a million diapers, wipes, cribs, toys and bottles. Film and developing costs had lost their allure. So off to eBay to reallocate resources for the purchase of the D100. I purchased the D100 when they first came out and you were lucky to find one in stock. I rounded one up and had it shipped the next day (Cord Camera in Columbus, Ohio-Great Folks). Roll the clock ahead almost two years…

END_OF_DOCUMENT_TOKEN_TO_BE_REPLACED

I live in Colorado and Blue Heron’s are not an everyday experience. Imagine my surprise when this BIG ASS BIRD lands on my fence. I think he was shopping for lunch in my neighbor’s Koi pond. I had just enough time to grab this shot and then he was off for his snack.

All Three TV Channels signed OFF the Air at Midnight.

I had to get up to change TV Channels.

I thought the National Anthem was a lullaby.

I had jars of Lightning Bugs in my bedroom.

Electric fans DO lull you to sleep.

The Cold War is daily news.

Duck and Cover is taught for survival during Nuclear Attack.

The Bay of Pigs fails miserably.

I got my First Puppy.

Her name was “Poochy”

The Berlin Wall is Built.

America commits to more funds and advisors to South Vietnam.

We still believe what the Media Printed and Reported on TV.

Mike Ditka and Jimmy Johnson are drafted into the NFL.

I was unaware of most of it. 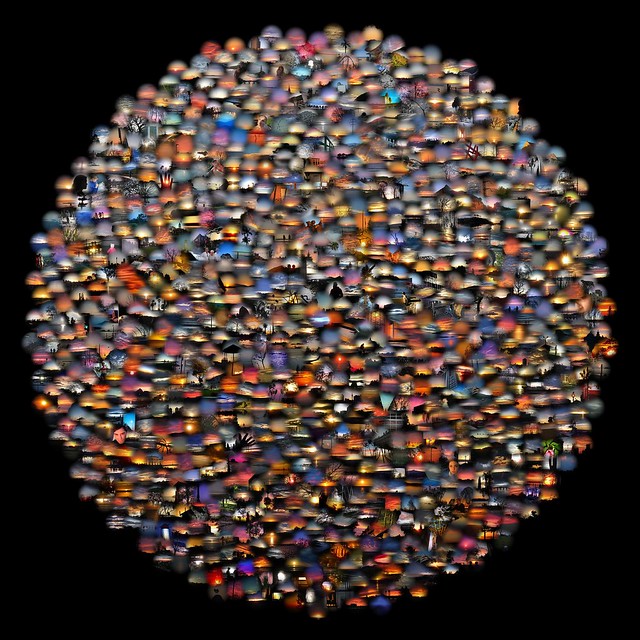 Sick, sick as a dog, sicker than I can ever remember being in my life. The flu literally kicked my butt for two weeks. One week of the Flu and a glorious dry unproductive cough for the next week. When it started to gurgle in my chest I enlisted the help of the local medical community to prescribe Zythromax to kill anything in my body that was not supposed to be there. I am now buried so deep in my life that they have to pipe light into me. I figure that by the time Christmas comes I can wrestle some control and organization back into it. So far I am losing ground. Now I have to go to the Mall and buy Christmas presents for a 3 year old when all I really want to do is minimize any contact with the Flu Stricken Population of Colorado. Hark is that a cash register I hear? My duty to save the American Christmas Traditions of Merchandisers everywhere beckons me. Everywhere I go I hear that wonderful non productive cough. I wonder can you catch the Flu twice or am I now immune? What if this strain mutates into another different strain? Wait it already did that. Boy, am I glad I got a Flu shot. Off to the Mall I go now to single handedly save the Economy with my credit cards.

Sleep Deprivation is torturing me on a regular basis. I remember being 17 and sleeping for 11 to 12 hours at a whack. Now I am lucky to get 6 or 7 hours and the norm is more like 4 or 5. The older I get the busier I am. Then I add a 3 year old and a 19 month old into the mix and sleep is a lost cause. I go through a lot of days in a haze faking it until I make it to bed. When I do finally slow down, I get sucked into my Powerbook, or get pulled into an existing project that needs more work. I always seem to wake up when it gets dark, what is that all about?. The best time for me to sleep is when I am supposed to be at work. If only I had some secret way to sleep while I was at work it would make everything so much easier. Right, like that is ever going to happen.

I worked on cataloging pictures in iView Media Pro 2 last night and the more I use it the more I like it. It puts iPhoto’s filing structure to shame. In iPhoto all the pictures you import are stored in iPhoto’s hierarchal folders. They go YEAR_MONTH_DAY so when I take pictures everyday it categorizes them by that day. If I want to manage my folders with a file browser other than iPhoto you have to dig through layer after layer after layer to look at the original files. It offers no opportunity to manage them by category unless you create that in iPhoto. That works great until you have 5000 pictures cataloged in iPhoto then it turns into a PIG. It drove me crazy until I discovered iView. Now I create folders on my Hard Drive and organize by category, not date. It gives me the ability to scan large folders all at once instead of a folder for every day of every month. Open Close Open Close Open Close Open Close Open Close AAAaargh if anyone knows a better way or I missed something in iPhoto let me know. I hate this part of iPhoto. Oh Yeah, I forgot that I am stupid. Do yourself a favor and go look at iView if you are managing large quantities of images. Heck, Go look at iView if you are not, because you will be if you own a digital camera. The only thing that I can promise is that digital files procreate faster than rabbits.